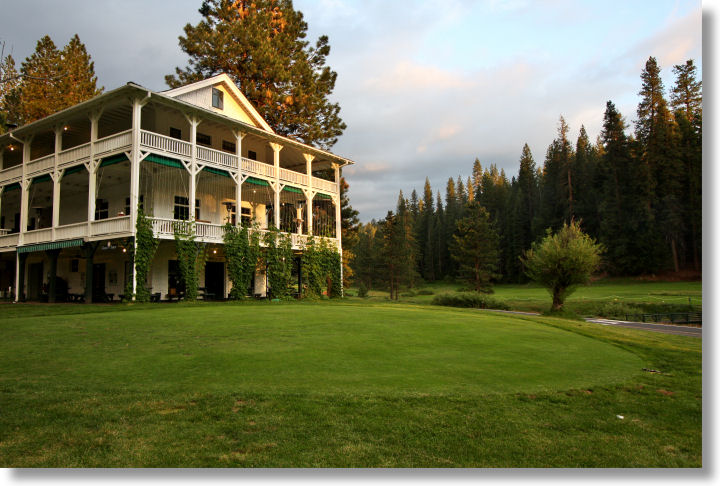 One can hardly help thinking of Magrathea and finding Slartibartfast's touch in evidence after visiting Wawona, where a nine-hole golf course spontaneously formed, thousands of years ago, in the pristine Yosemite wilderness. Since its discovery, Yosemite's stewards have done their best to preserve this happy phenomenon, watering the greens, allowing the grass to be lovingly stroked by the wheels of electric golf carts, and accepting greens fees.

It is the most risible of rumors, entirely unaffiliated with any sort of logic, that the golf course was actually manmade in 1918, before the Wawona area became part of the Yosemite, and has been preserved henceforth even though it's a golf course in a national park because - well, because of something, no doubt. There's no way the park service would allow that to happen.

If you're interested in doing your part to help preserve this icon of America's wild lands, you can learn more about greens fees, cart rentals, etc., here.