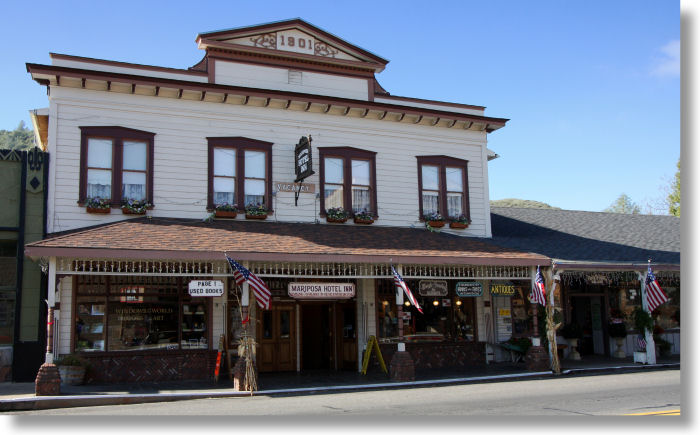 A hotel was first built on this site in 1877, when the Gallison Hotel, a stagecoach stop for Yosemite visitors, was erected. Though the Gallison arrived too late to join in Mariposa's great fire of 1866, it managed to burn down anyway in 1887, and didn't get rebuilt until 1901, when the current edition went up, hopefully for the long term.

Sharp-eyed observers will notice that the hotel shares its building with a bookstore, a happy arrangement that should be copied by hoteliers everywhere. The hotel is smack in the middle of Mariposa's historic downtown district, and though nothing in Mariposa is really very far from any other part of Mariposa, that goes double for the Mariposa Hotel Inn.