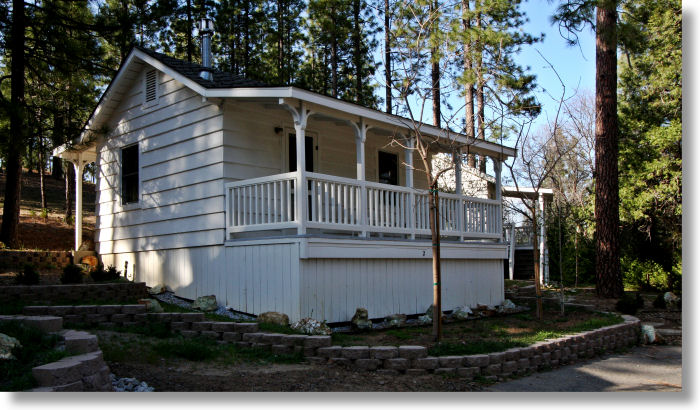 The Inn at Sugar Pine Ranch is a collection of cabins (one of which is pictured above) and three conventional hotel rooms on a pine-laden 62-acre property at the edge of the Stanislaus National Forest, four miles (6 km) outside Groveland.

The main house dates from 1860, when it was built to house the Yosemite Power Company. The property later served as a ranch and was converted to commercial lodging in 1946, when the first cabins and other guest rooms were built. Current owners Craig and Elaine Maxwell have been managing the inn since the late 1990's.